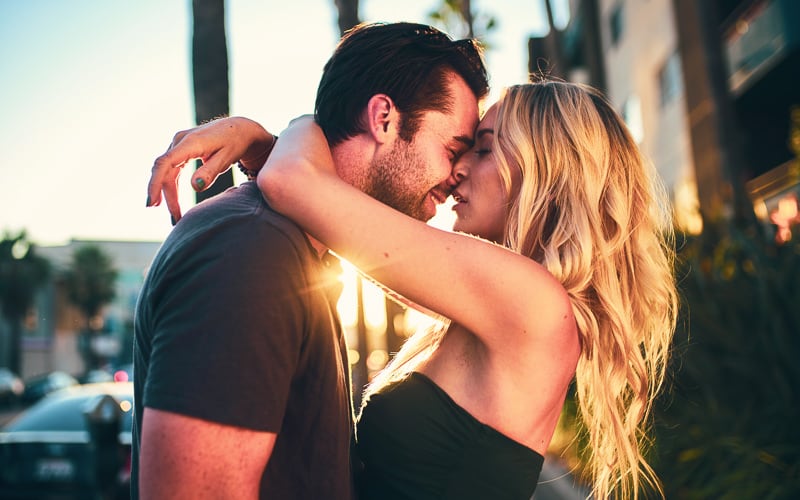 Posted at 16:42h in Dating Advice by Murphy International

When you’re single and ready to mingle it’s extremely important to be and dress like the person you want to attract. If you want someone who is sexy, confident and in shape, then take the necessary steps as well. Put yourself together, join a gym and invest in YOU.

Los Angeles is known for a lot of stuff, bad crime, smog and congestion, and being really, really expensive just to name a few negative traits. There is something that is pressing that many never realize about the City of Angels … When it comes to dating in Los Angeles, it basically stinks.

As Los Angeles matchmakers at Murphy International we should be made clear, what the sex ratio is. The sex ratio is the name given to a fairly simple ratio by anthropologist. Basically it’s number of single men in LA for every 100 women, and that’s it, it’s nothing too difficult to understand or get, and is the biggest contributing factor to the excitement factor of being single in a given city. Los Angeles matchmakers say it stinks plain and simple. It could be the crime, the traffic, or a host of other reasons as to why being a guy in the LA dating scene is kind of like is kind of like being in the middle of the desert looking for water. Or it could be the fact that in relation to other major cities, Los Angeles just doesn’t have the availability of women. In a recent article by DR. Ali Benizar on the Huffington Post, it shows that Los Angeles has horrible sex ration for cities like New York where dating is fun and exciting. To give you the exact numbers that they stated, New York had a surplus of 211,000 single women to men while L.A. had a terrible surplus of 89,000 single men in LA to women. These sad numbers make it difficult for any man to stand a chance of having a successful dating life in California’s mega city. When you throw in other factors like crappy public transportation, and lengthy drive times, it’s no wonder why Los Angeles Sex Ratio and dating scene is so tuff.

As Benzar said in the Huffington Post article, Is Los Angeles the toughest town for singles, “Let’s say you meet someone you like — cute, fun, smart, funny. You ask where this person lives –Silver Lake. You live 20 miles away in Santa Monica — and that’s not just any 20 miles. It’s 20 miles through one of the most car-jammed concrete jungles on the planet, with no efficient public transport to speak of. And your helicopter’s in the shop. Again.”

This means that the shear difficulty of doing anything in Los Angeles really creates an attitude of reluctance to get involved with any situation that requires any form of travel whatsoever. To many singles it’s just easier to now deal with traffic, people, or pretty much anything that requires them to leave home, or at least the general area they live in. Of course that’s not the only reason that L.A. stinks for singles, besides a terrible sex ratio, bad transportation and traffic, California isn’t really setup for singles to go out and have a fun time. The reason being is that in California there really isn’t the time to enjoy yourself like you would have in New York, Barcelona, or Paris. Why is this? Because unlike these other cities mentioned where people have all night to party and hang out, and in many cases don’t venture out of their homes until after midnight, California’s clubs and bars shut down at 2am. In many cases bar and club owners will simply boot out their customers around 1am to avoid any hassles.

Factor in harsh travel times, no public transportation, and the fact that in most cases you will have to drive your butt home yourself, and it’s easy to see why it’s not really worth it to head out for the night. Let’s say you get off work at 5pm, eat dinner, get ready and are out the door by 9pm, throw in the time it takes to get anywhere and the fact that clubs start kicking you out by 1am, and that only leaves a few hours of time to spend any time chasing the opposite sex. It becomes a hassle and in nearly every case, people end up just saying forget it. Add the fact that men greatly outnumber women so the competition is high, and women also tend to be more conservative and on the defense, and the reasons to stay in or at a local bar keep stacking up and make going out a chore that is reminiscent of doing the dishes or mowing the lawn when you were a kid.

If this a terrible sex ratio, horrendous transportation and no time isn’t enough, there is one more factor that may put LA dating in the lower ranks being a fun city for singles. The factor that I speak of is the entertainment industry, so many come to L.A. with hopes and dreams of being rich and famous actors or actresses, and this is one of the largest contributing reasons that L.A. is horrible for singles. For many it’s just not worth risking getting involved with an actor, as the career comes first, they are always going to be around gorgeous women, and dating someone with a fragile ego is one of not really all that attractive to most women.

The fact is that if you are single, and trying to decide where to live and have a good time, L.A. is probably one of the places you can pick in the United States. Unless you are going to be 100% focused on your career and let the LA dating scene alone for a while, you may want to consider one of the other major cities in the country where the night life is fun, exciting, and single women in LA are more open to dating and casual flirting. Dating in Los Angeles or any city can be fun if you focus on finding the right kind of person and way to meet them.