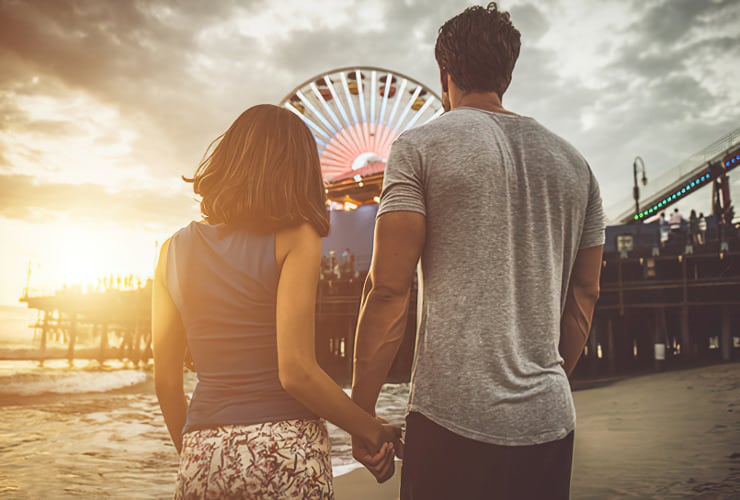 07 Apr Dating a Celebrity – Love in the Spotlight

Posted at 19:04h in Dating Advice by Murphy International

Love in the Spotlight – Dating a Celebrity

By The Beverly Hills Matchmaker at Murphy International

Almost everyone has fantasized about what it would be like to date a celebrity. What’s more glamorous than being the envy of all of your friends, spending time with one of the most sought after individuals on the planet. You imagine what it would be like to date beautiful women and a world of high profile events with other attractive, familiar faces; luxurious vacations reached by private plane; outings captured by paparazzi trying to catch a glimpse of the lucky stranger on the arm of America’s sweetheart.

Hollywood captured this fantasy on film with the movie Notting Hill. It told the story an anonymous book store owner in London who falls for one of the world’s most beautiful single women. She’s also a famous actress that happens to walk into his tiny store. After a second serendipitous encounter on the street leaves the actress with an orange juice stain on her dress, she accepts his offer to change clothes in his apartment. A unique love story begins with one of the planet’s most beautiful single women and a small bookstore owner. He initially appears to be the world’s luckiest man, eventually struggles with the realities faced when dating celebrities.

Treated by the media and fans alike as though they are public property, single celebrities face a unique set of pressures and expectations unknown to the average man. While it may appear glamorous to have thousands of fans clamoring for even a glimpse of their favorite celebrity or paparazzi documenting their every move to feed the media frenzy, the complete loss of privacy begins to feel like a violation to anyone who has ever been in the spotlight. The line between one’s professional and personal life begins to blur, leaving famous faces without a “day off”. Their every move is scrutinized, becoming fodder for gossip magazines and Twitter feeds. If they trip while leaving a restaurant, they are “wasted and suffering from alcoholism.” If they dare meet up with a friend of the opposite sex, rumors circulate about their “new love affair”. Dare to date beautiful women in the spotlight and you can get caught at an unflattering angle at the beach, and soon the world is mocking the way you look and dress along with your new love’s weight gain or stretch marks. This international attention — good and bad — is something that a regular 9-5er would struggle to understand. Never have they been focus of elite dating and the world’s thirst for gossip. Not surprisingly, one may not have the necessary experience to relate to their famous beau. Even worse, they may find themselves cracking under the pressure of the new and unwanted attention.

Now consider the schedule of single celebrities. Unlike the average person, they are expected to be in various locations throughout the year. If they are shooting a film, they may be out of state or the country for months at a time. Promoting an upcoming project could have them flying all over the world doing interviews and attending premieres. And with a myriad other media engagements ranging from appearances to commercials, it seems that there is never a dull moment in the life a single celebrity. Consequently, they are not available to date in the same fashion most are accustomed to. Whereas weekends are usually set aside for our partners, anyone dating a celebrity will tell you that there is no such thing as reserving weekends for a relationship. On the contrary, time spent with a loved one is often sparse and erratic.

Therefore, it’s not uncommon to see celebrities using matchmakers due to their experience with high profile clientele and the discrete and confidential way in which they work with these individuals. Murphy International appreciates the special circumstances and are the celebrity matchmakers for many LA clients. We understand the type of person for which they will be best suited and value the crucial need for confidentiality, ensuring that our clients are provided the same opportunity for a private life.

Meet with the Beverly Hills matchmakers and they will see who they have for you. Sherri Murphy and Tammi Pickle have been celebrity matchmakers in Los Angeles for nineteen years.